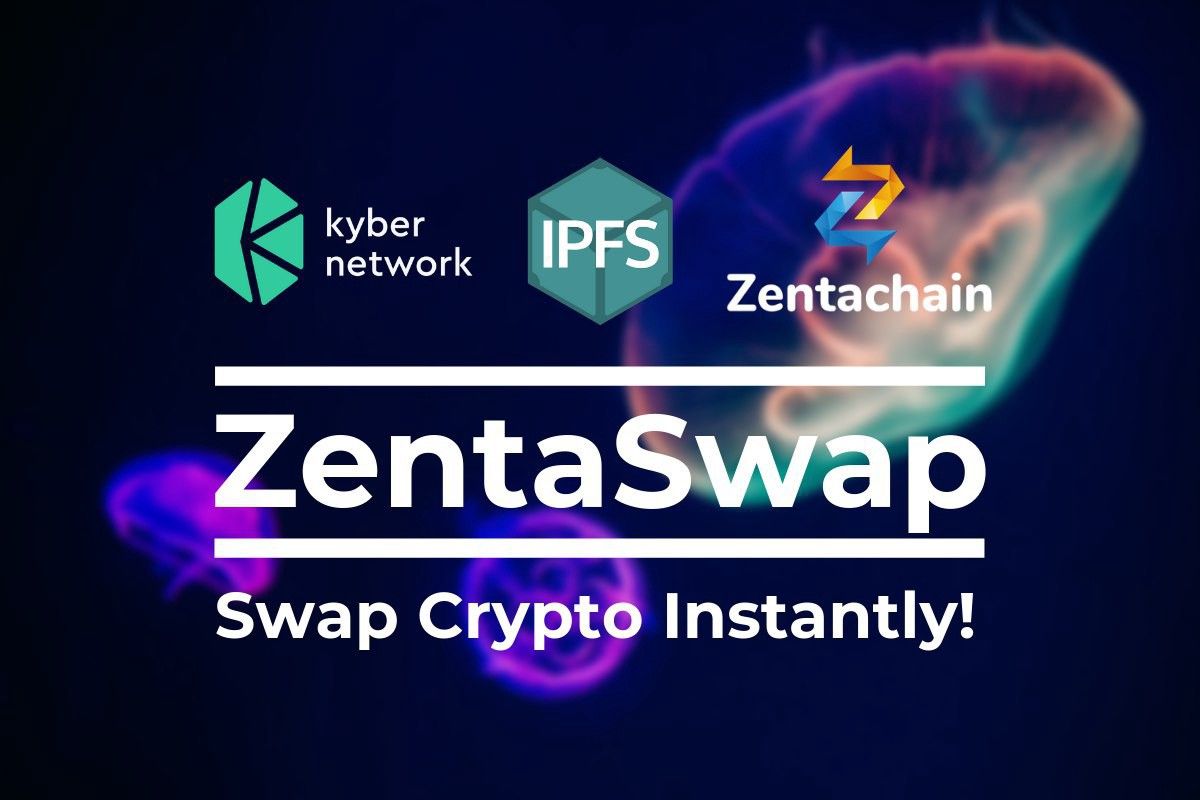 Zentaswap is a process by which one cryptocurrency is exchanged for another at a predetermined rate. Unlike selling one coin to buy another, a token swap is the replacement of one coin for another, so it means that you are required to exchange. Zentaswap is a Web3 application and you need to activate or install Metamask to use ZentaSwap.

IPFS stands for Interplanetary File System and it is an open-source, peer-to-peer distributed hypermedia protocol that aims to function as a ubiquitous file system for all computing devices. It is a complex and highly ambitious project with some serious and profound implications on the future development and structure of the Internet as we know it.

IPFS is a similar concept to the World Wide Web as we know it today, but resembles more of a single BitTorrent swarm that exchanges objects within a single Git repository. Files are distributed through a BitTorrent-based protocol. Importantly, IPFS acts as a sort of combination of Kodemila, BitTorrent, and Git to create a distributed subsystem of the Internet.

The modern internet, although one of the breakthrough technologies of our age, has shown to have limitations since its inception in the 1990s. As technological advances progress, more and more tech is shown to be in need of either upgrading or even complete conceptual reimagining. Such is the case with the HTTP protocol.

In recent times we have seen an increased demand for solutions that would address the issues of privacy, security and speed the areas in which the HTTP protocol hasn’t shown to be “up to the task”, so to speak. Fortunately, there has been an influx of ideas giving answers to said problems, one of the most viable being the IPFS.

IPFS is a both technically and conceptually complex protocol that has lofty ambitions to revolutionize the exchange of data across the Internet. HTTP was successful in its own right and helped the Internet to reach the grand stage that it is at today, but new technologies are emerging, and the need for a reformed and distributed infrastructure has made itself apparent.

Zentaswap is built with Kyber Network

Kyber is an on-chain liquidity protocol that aggregates liquidity from a wide range of reserves, powering instant and secure token exchange in any decentralized application.

Kyber Network is a decentralized, peer-to-peer crypto-asset exchange based on the Ethereum blockchain. A dynamic reserve pool ensures the network maintains liquidity to keep exchanges as cheap and fast as possible.

Centralized exchanges are constantly under fire for their security vulnerabilities and slow process times. In some instances, it could take days to withdraw your funds from an exchange. Popular decentralized exchanges have their flaws as well. They oftentimes don’t have enough liquidity to support active trading, and costs to change a trade can be high when the order book is kept on-chain.

With Kybernetwork and ipfs we made a more decentralized way with Kyber Network provides a decentralized, on-chain exchange, but removes the order book. This gives the platform the ability to securely exchange your crypto instantaneously at a minimal cost. Swap tokens in a fast, simple and secure way directly on ZentaSwap.

Have a nice Swap your Zentachain Team!