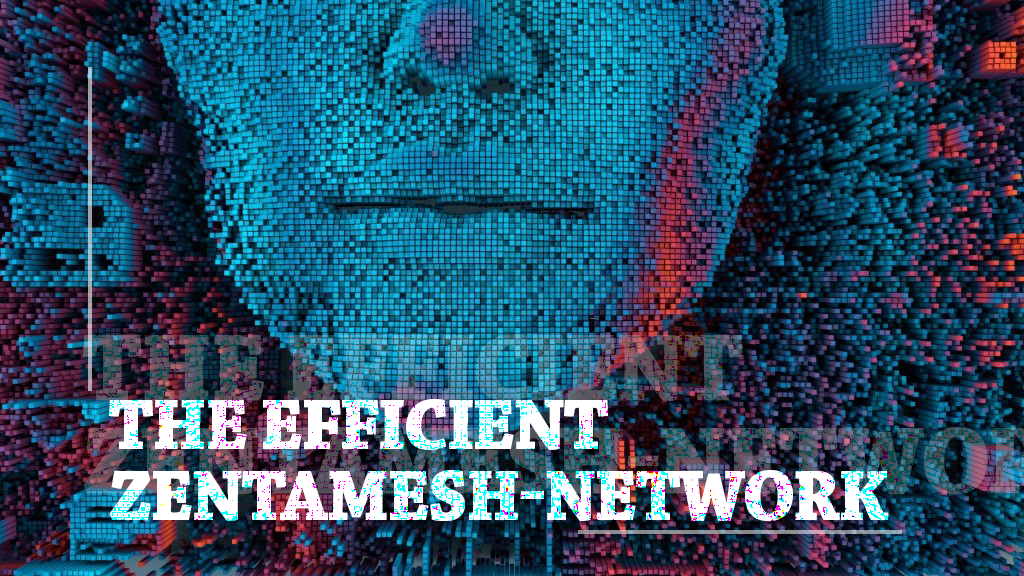 Zentameshnet is a network topology in which each node relays data for the network. Zentachain implements nodes an encrypted IPv6 network using public-key cryptography for address allocation and a distributed hash table for routing. If several Zentanodes are connected to each other, one speaks of a complete network. If a message is sent from the Zentalk and the data or message is sent through with the Zentameshnet, it goes from one Zentanode to the next until the message or data reaches the desired recipient in the Zentamesh-network.

All Zentanodes work together in the distribution of data in the network. In the Zentameshnet, another Zentanode does not know from which Zentanode the data or message was sent. Zentanodes have the unique ability to distribute and connect in Zentameshnet.

To ensure the availability of all routes, the Zentameshnet allows continuous connections using self-healing algorithms, such as shortest Path Bridging, and corrupted or defective routes reconfigure itself. Self-healing allows a routing-based network to operate when a Zentanode breaks down or when a connection becomes unreliable.

Zentalk user has the ability to establish and share a network uplink (online to offline), as well as establish communication with devices with no internet access (offline to offline). This can be accomplished with little to no direct infrastructure.

Each device using Zentalk with a Zentanode acts as a node in the Zentamesnet. This MWLAN can be achieved thanks to the use of a Zentanode. This will be required for offline communications over Zentalk.

Zentachain designs the range ot the Zentameshnet as far as possible. By then, a few Zentanodes will be able to cover an entire city.

Zentalk will reward all the Zentanodes with Zentachain($CHAIN) each month. That means you will need to host a Zentanode and run it permanently which is very energy efficient and friendly.